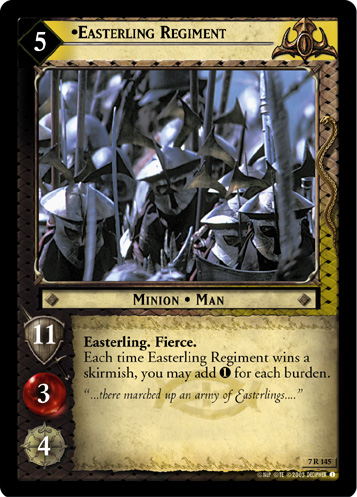 has two unloaded keywords (Man and Easterling) and one loaded one (Fierce).

Keywords are bold, one-word phrases located in the game text of cards. They come in two types, Loaded and Unloaded. Loaded keywords inherently change gameplay based on the attributes of that keyword (for instance, Archer indicates that the Archery Total will be increased simply due to a card having the keyword). Unloaded keywords do not in and of themselves mean anything, but cards are likely to use them as a requirement or a restriction to an effect (for instance, being a Knight does not mean anything special except when a card states it only affects one).

Unloaded keywords likewise have two subtypes, Race for Characters indicating what race a particular Companion, Ally, or Minion is; and general which may apply to any card type.

See the table below for an explanation for each keyword, or see the unloaded and loaded keyword articles for more information.

Each card has one or more keywords that identify it. Most keywords are unloaded keywords, with no special rules (although they may be referenced by other cards). Keywords with rules are called loaded keywords. 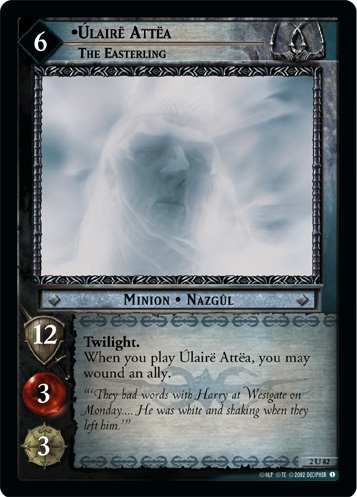 " does not have the keyword "Easterling" in his game text, so he is not an Easterling.