Half-Trolls are a race of troll-men that are briefly mentioned in Lord of the Rings as part of Sauron's armies. In this game, they are two 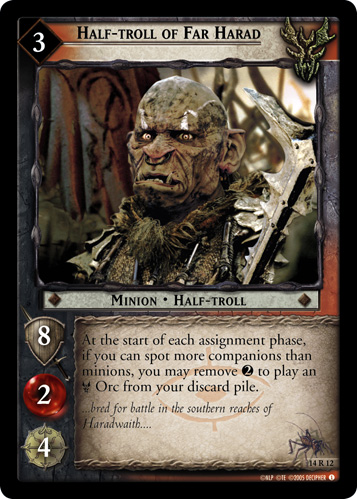 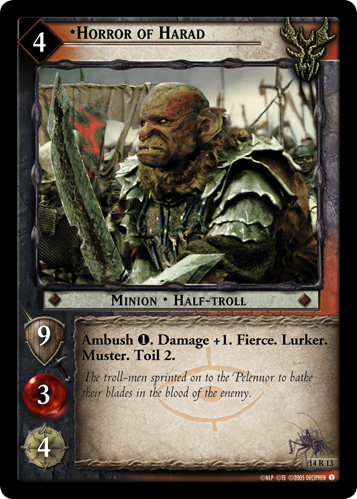 Half-Trolls are a separate race from Trolls in this game. Cards that apply to "trolls" do not also apply to half-trolls.

List of Cards that Interact with the Half-troll Race[edit]