Unhasty is a loaded keyword that only appears in Towers Block on Ents, which are all exclusively

Gandalf culture. It represents the ents' reluctance to enter the fray. Unhasty characters can't skirmish unless they are an ally at their home site or are specifically allowed to skirmish by a

Gandalf card, usually themselves. It's mainly a cultural enforcement tool, albeit an unusual one: most cards that allow unhasty characters to skirmish do so by exerting unbound Hobbits, which at the time only included Merry and Pippin.

Gandalf culture cards is rarely relevant, mainly limiting the use of One Whom Men Would Follow (1U109) 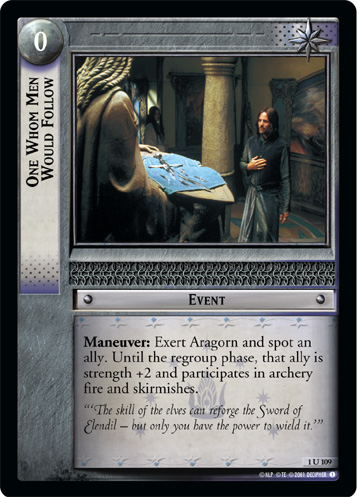 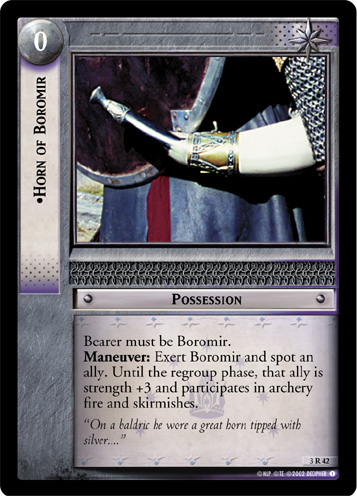 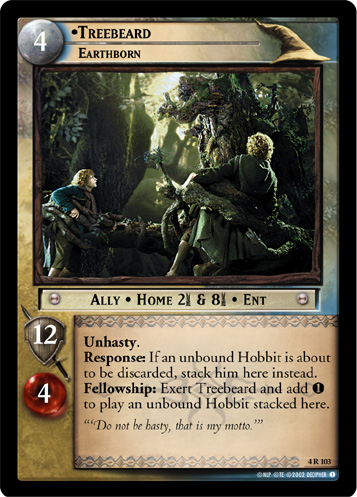 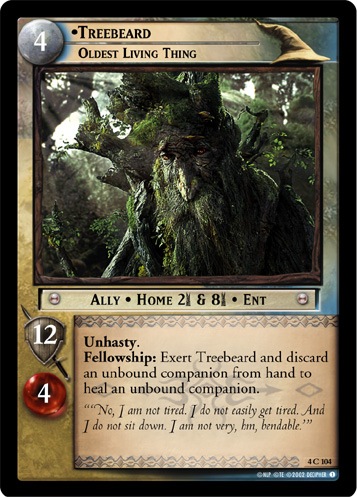 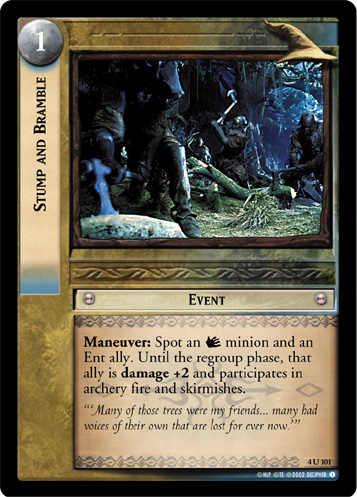 , and that card is so restrictive that few people bothered.

It was short-lived and largely unpopular. It only appeared on two ally versions of Treebeard in The Two Towers, and, while Battle of Helm's Deep introduced some ent companions with this keyword, all of them could allow themselves to skirmish for a small cost. By the third set of Towers Block, Ents of Fangorn, only one character, Treebeard, Guardian of the Forest (6C37) 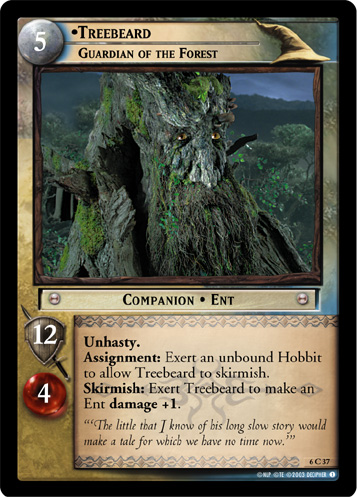 , has this keyword, and it doesn't appear in King Block or any later sets.

Gandalf card allows it do so.