The Palantír is a dangerous seeing stone, part of a network of them, and two of them are each in part responsible for the madness of Saruman and Denethor. In this game, Palantír is an item class, and therefore a loaded keyword, albeit an unusual one. It only appears on three artifact cards, all of which have the same unique persona: "The Palantír of Orthanc". However, the keyword is totally meaningless. Item class keywords only prevent characters from bearing multiple cards with the same item class, but only one of the three can be borne by a character, they all have the same unique title anyway, and no cards mention the Palantír item class by name.

Furthermore, these cards are unusual in that they're the only Shadow and Free Peoples cards in the entire game that share a single persona. If the Free Peoples player plays The Palantír of Orthanc, Recovered Seeing Stone (13R36) 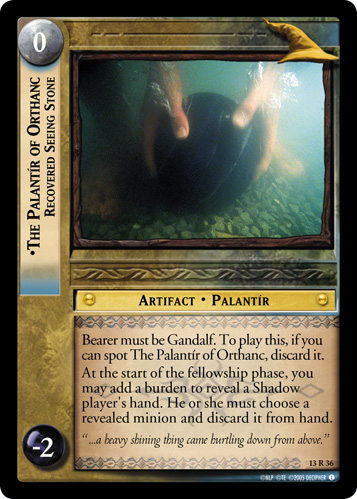 , that discards The Palantír of Orthanc (3R67) 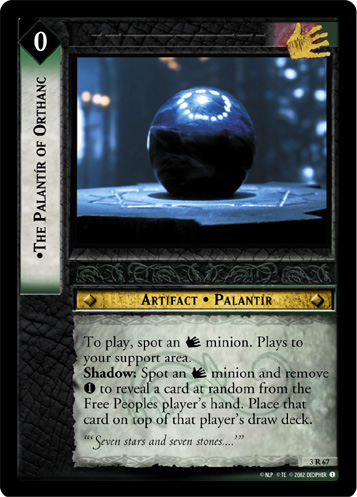 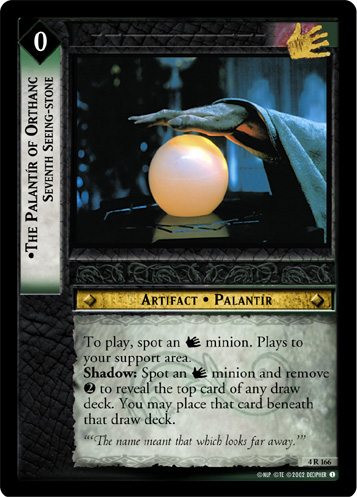 from play and prevents them from being played again as long as Recovered Seeing Stone remains in play. All three versions of this card interfere with your opponent's hand, either directly or by interfering with the cards they are about to draw. 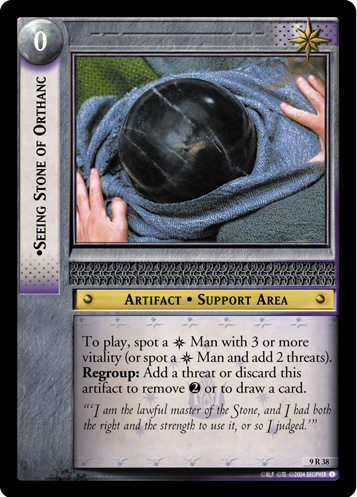 . However, this card does not have the Palantír keyword, nor does it have the same unique persona, so it's possible to have it in play at the same time as any of the three versions of the Palantír of Orthanc. 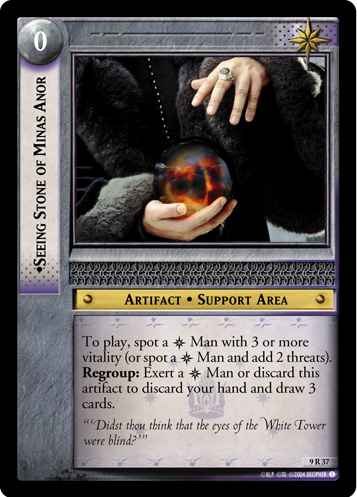 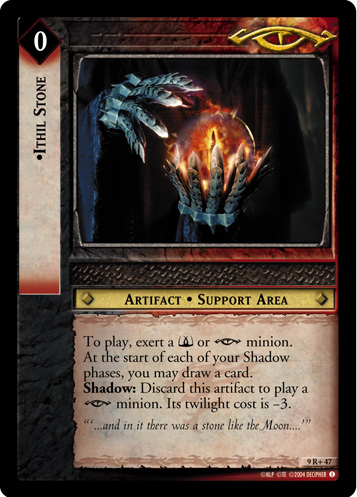 . However, neither of these cards have the Palantír keyword either.

List of Cards that Interact with the Palantír Item Class[edit]