Choke is an informal game term. Choking is a Free Peoples strategy, focusing on generating as little Twilight as possible by playing cheap cards or no cards at all, sometimes supplemented with cards that remove Twilight from the pool or increase the cost of Shadow cards. Choke tends to clog the Shadow player's hand up with unplayable cards, slowing down both sides of the opponent's deck. Choke is most effective early in the game, when sites generate relatively little Twilight, and most effective against decks with expensive minions, like Uruk-hai or Nazguls. It naturally becomes less relevant as the game goes on, as Shadow Numbers on sites increase.

To choke, you aim to generate as little twilight as possible. You make sure the cards you play have as low a twilight cost as possible, ideally zero. Each companion you have in your Fellowship generates one twilight per move, so you use as few companions as you can get away with. If you can find a way to do it, pushing paying for cards until later in the turn, after the Shadow Phase, means that twilight can't be used for minions unless you double move. Playing only cheap cards and a small Fellowship means that you usually won't have a strong Fellowship, but the Shadow opposition you face is commensurately weaker, and all of those unplayed Shadow cards are stuck in your opponent's hand. 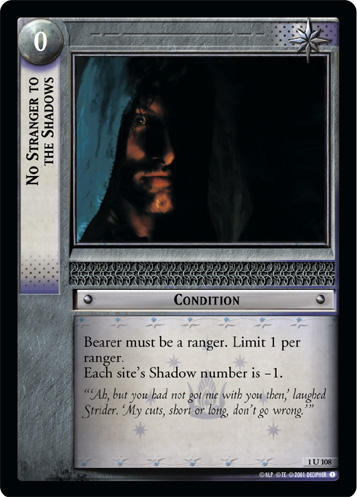 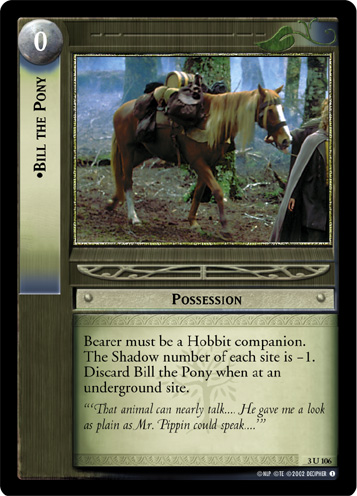 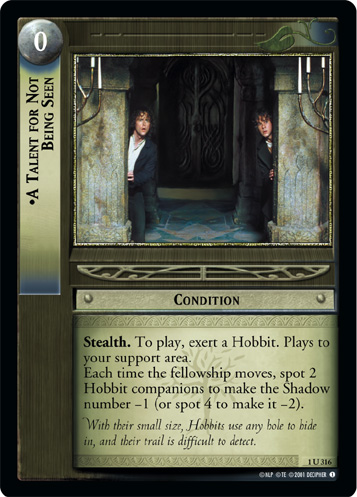 . Also strong (but much more unusual) are cards that increase the cost of your opponent's Shadow cards, like Legolas, Dauntless Hunter (4R73) 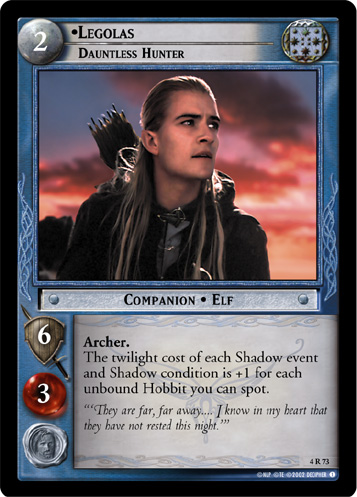 . Cards that remove twilight from the twilight pool, such as Aragorn, Heir to the White City (3R38) 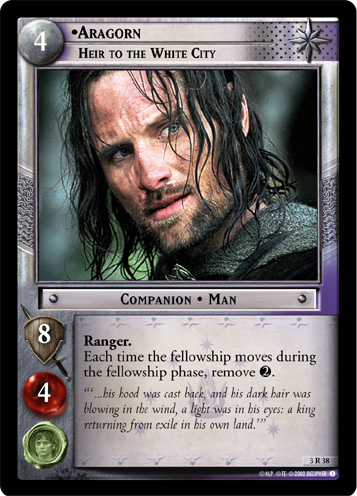 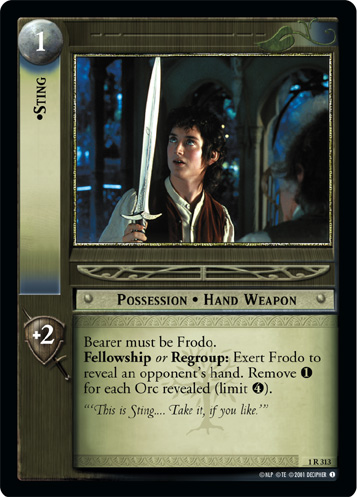 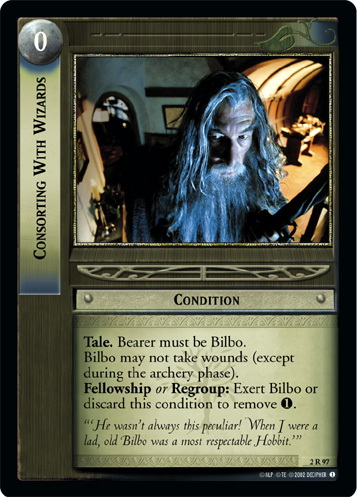 , only work once per turn even if you double move and do nothing if you don't generate any twilight in the Fellowship Phase. These cards are somewhat weaker, but still effective for choking! Plus, there are more of them, and they tended to be less likely to end up banned. Because choking gets better and better the more you emphasize it, choke decks often run as many of these cards as they can fit into their strategy. Reducing your opponent's twilight net income by 2 is more than twice as good as reducing it by 1.

Choke is a very demanding playstyle, but one with very high rewards. If you can keep your twilight generation very low, turn after turn, you trap more cards in your opponent's hand and make their more-expensive cards worthless, by forcing them to be played without support or not at all. It's almost always good to keep your twilight generation as low as possible with any Free Peoples deck, but with choke it becomes do-or-die, in a way that isn't obvious until you generate too much and get overrun by too many minions or crushed by a combo that you were previously staving off.

Choke is most relevant as a strategy in earlier formats, particularly Fellowship Block. Sites tended to have lower Shadow Numbers in earlier formats than in later formats: a typical game of Fellowship Block will generate about 5-ish less Twilight total just from sites over the course of a nine-site game than a similar game in Movie Block, so Shadow players in early formats are more reliant on the Free Peoples player to generate twilight to afford their Shadow cards. Earlier formats also have more of the strong choke cards, as they tended to get added to the X-list over time. Plus, power creep is a factor: having a cheap-but-weak Fellowship is more dangerous in later formats with generally-stronger Shadow cards.

Choke is the opposite of flood.