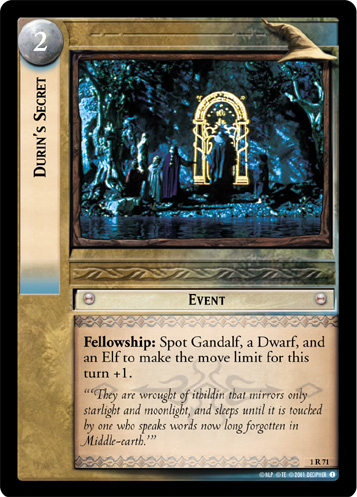 During each of your turns, your fellowship must move once, and may move a number of times up to your move limit.

In a two- or three-player game, your move limit is two. In a game with four or more players, your move limit is equal to the number of your opponents when the game begins. During your regroup phase, you may decide to move your fellowship again, subject to this move limit.

If the move limit is modified for a turn, then that modification is in effect for the whole turn, even if the conditions for the modification change.

The greatest number of turns a player can take in Lord of the Rings is 8: one for each move from site 1 to site 9. Because ending your turn on site 9 wins the game, a much more interesting consideration is the fewest number of turns a player can take to do so. Fellowships cannot attempt to simply walk to Mordor and are instead constrained by the move limit. Moving twice in a single turn is known as a "double move" and the act of doing so is called "double-moving"; due to the frequency of moving twice in a single turn, these terms are often shortened to "double" and "doubling" respectively. Moving three times is known as a "triple move", and so on, although shortening these terms (for example, "tripling") is less common.

The last line of the rules entry is especially noteworthy, and makes move limit modifiers unique. This comes up regularly with Radagast, The Brown (9R+26) 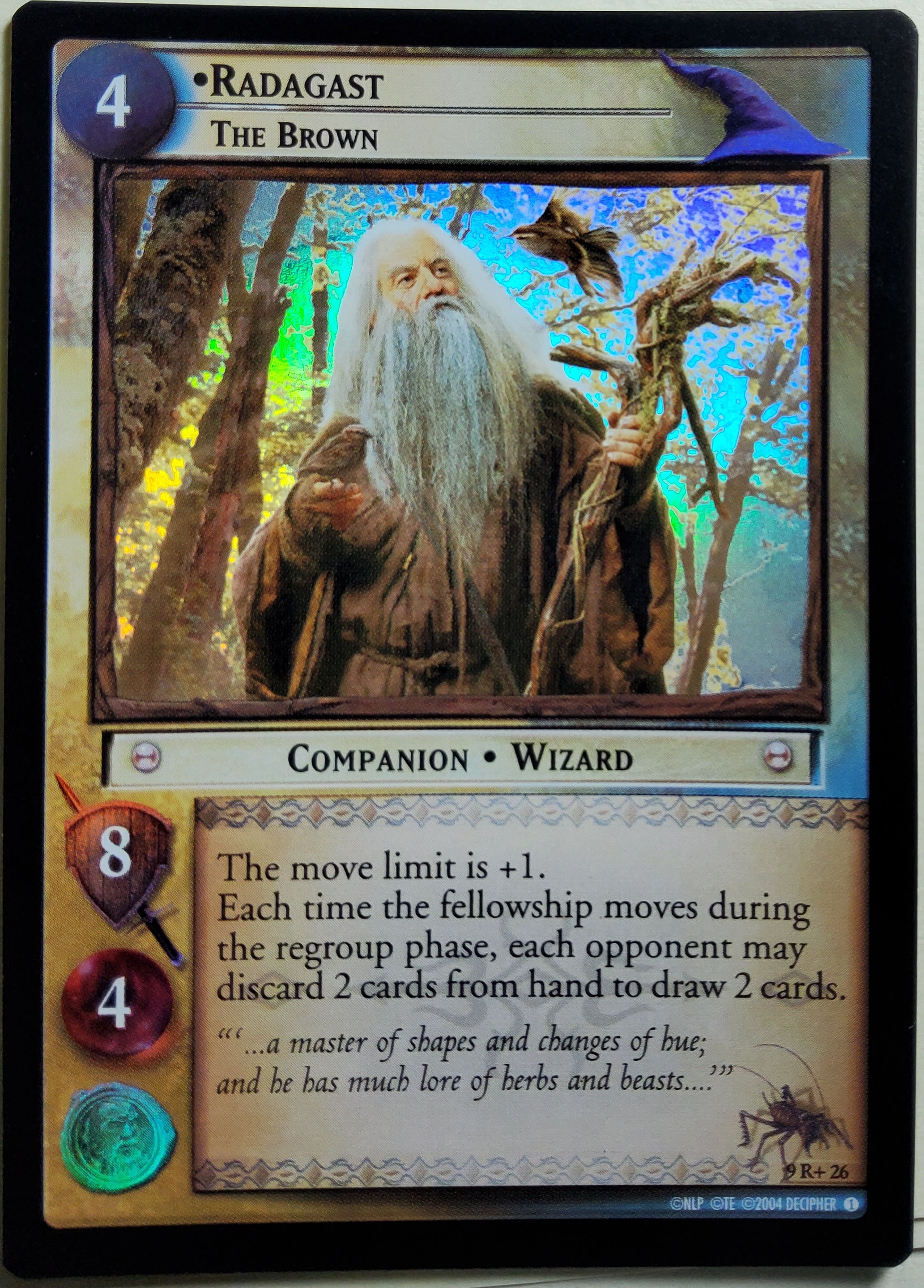 - if the Free Peoples player kills Radagast, they will retain the move limit bonus without giving the Shadow player an opportunity to cycle 2 extra cards.

There are several factors to consider when deciding whether to move in the regroup phase, though which are most important depends on the situation.

The move from site 2 to 3 in the regroup phase is safest due to the low twilight, sanctuary healing next turn, and fact that many minions are still roaming at site 3. In general, having 0 or 1 twilight in the pool and no minions on the table invites an opportunity to move again since your opponent will almost always have fewer options now than next turn after cycling through their Free Peoples cards. This is especially true when your opponents' minions stopped roaming this site (since Shadow hands are typically among their strongest at this point, so there may be less to worry about if your opponent couldn't make an impact here) and on site 7 or 8 (when your opponents typically need more cards in hand than one reconcile can provide to use all the twilight the next site would offer).

Cards that alter the move limit[edit] 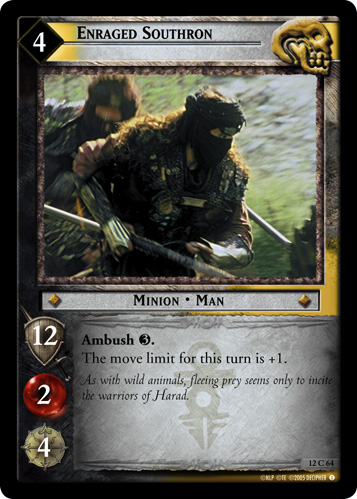 is notable for being the only Shadow card that raises the move limit, while News From the Mark (6R96) 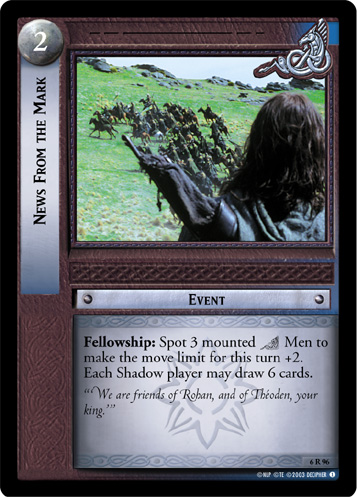 is the only card that can increment the move limit by 2 instead of 1.

Note that as long as you are able to pay all costs, some of these actions can be made several times in a single turn. It is often in the best interest of the Shadow player to reduce the move limit as many times as possible to prevent the Free Peoples from being able to modify it back up. Ruined Capitol (7U355) 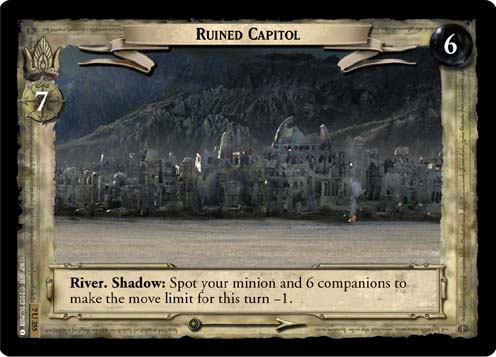 in particular has only a spot cost, so using it several times will apply that many -1 modifiers and can prevent a surprise regroup event such as Last Throw (10C34) 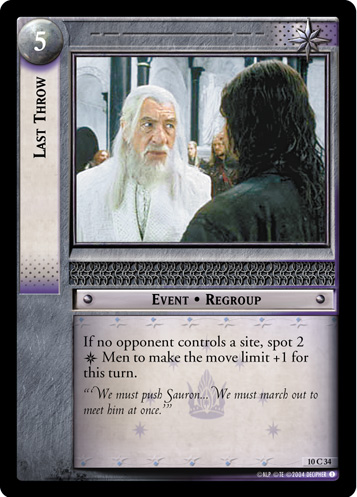 from raising the move limit above 1.

Cards That Add to the Move Limit[edit]

Cards That Subtract From the Move Limit[edit]