Fetching is an informal game term. Fetching a card means taking it from an out-of-play area (often the draw deck) and putting it somewhere more useful, typically the player's hand. Saved From the Fire (8R20) 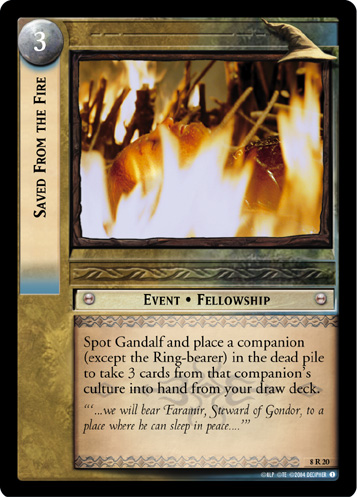 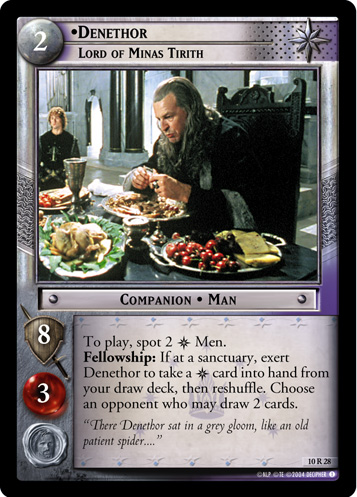 are popular examples, and

Gollum cultures are both known for these effects. Fetching the right card at the right time can be incredibly impactful, and its increased availability correlates to the game's power creep.

For the most part, "fetch" is used only when the action grabs an card that hasn't been played yet, most often "important" ones such as components of a combo or a silver bullet. In this way it is distinct from recursion, which is favored when an effect pulls card that has already been played. Still, there can be overlap between the two terms and both are understood to refer to a similar phenomenon. Self-milling strategies intentionally discard large pieces of a deck at a time and use what are typically recursion tools such as Barliman Butterbur, Prancing Pony Proprietor (1U70) 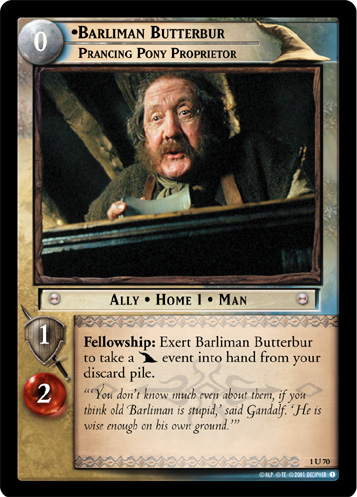 Putting a card into hand by any means -- including fetching it -- is subject to the Rule of 4. However, not all effects that fetch cards put them into hand. Many effects, such as A Wizard Is Never Late (1R87) 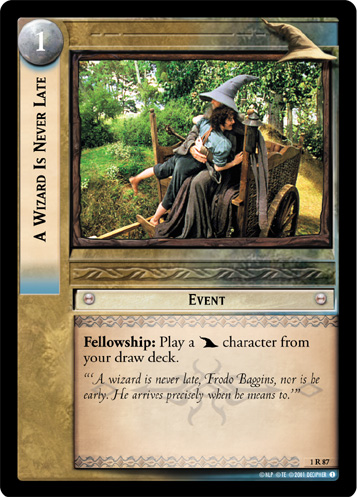 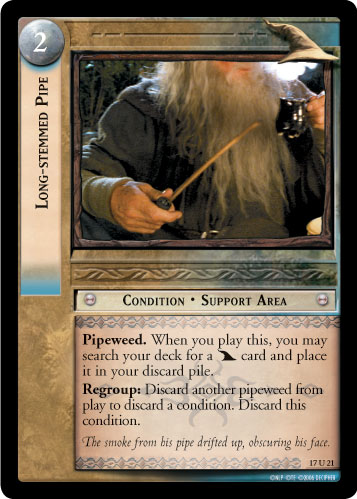 fetches a card and puts it into the discard pile, typically to then be fetched into hand with another card.

Strategies which fetch large quantities of cards from the draw deck are called filters: they "filter out" fetched cards from the deck which allows the rest to be drawn more quickly and consistently. The most infamous of these is the "horn filter" deck: a player can start Gamling, Defender of the Hornburg (11R147) 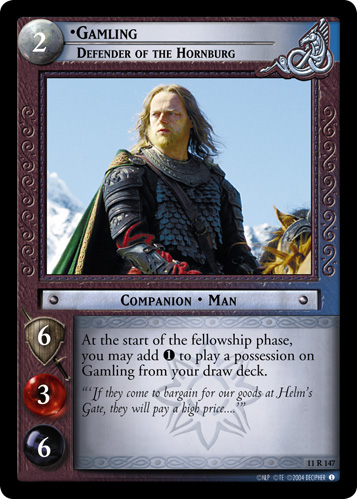 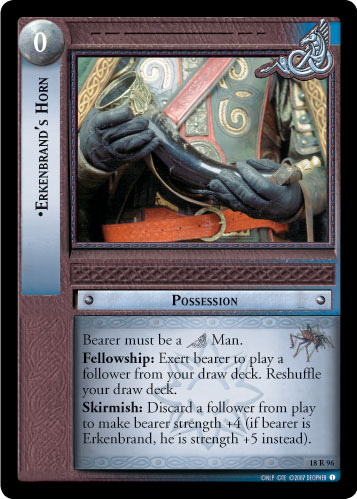 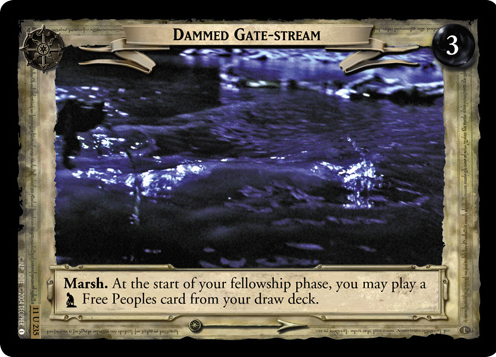 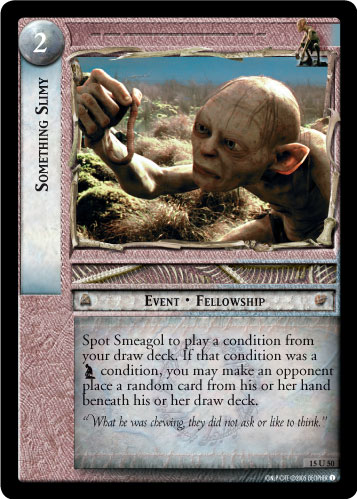 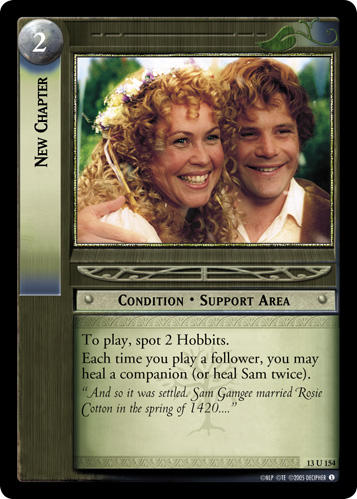 . Erkenbrand's Horn fetches followers and New Chapter heals every exertion until there are none left. Up to 28 followers can be played this way (there 22 Free Peoples followers, and 2 of them are not unique), which is enough to filter every single Free Peoples card out of the deck at the start. The result is a hand full of Shadow cards for the rest of the game, making the Shadow side far deadlier and set up much faster than a non-filtered deck.

Fetching a card and putting it directly into play is occasionally called downloading by players familiar with Decipher's Star Trek Collectable Card Game -- it could be said that Gamling, Defender of the Hornburg downloads possessions onto himself, for example. Magic: the Gathering players may refer to fetching as tutoring, and cards that accomplish this as tutors.