Uruk Archery is a Shadow deck that uses 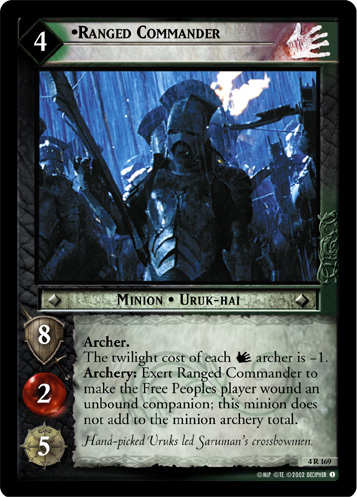 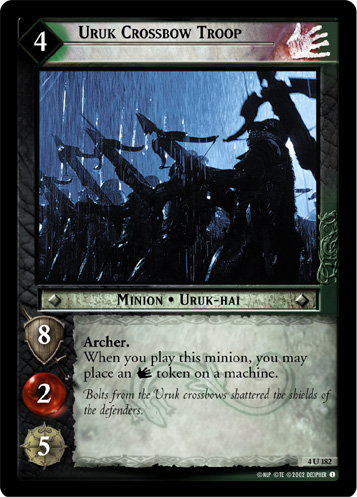 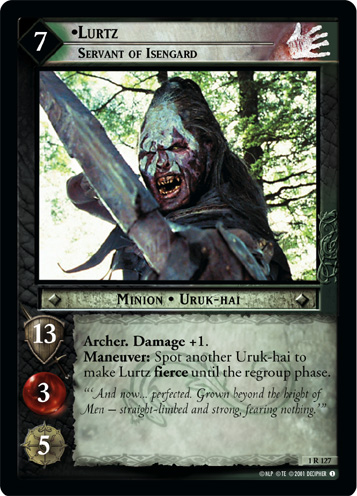 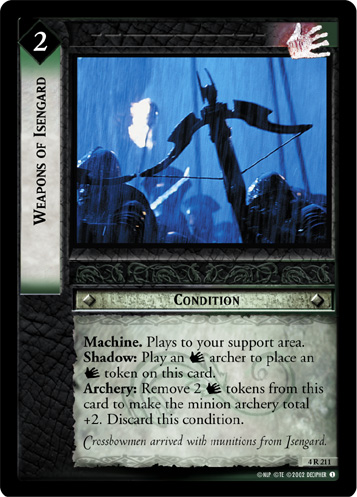 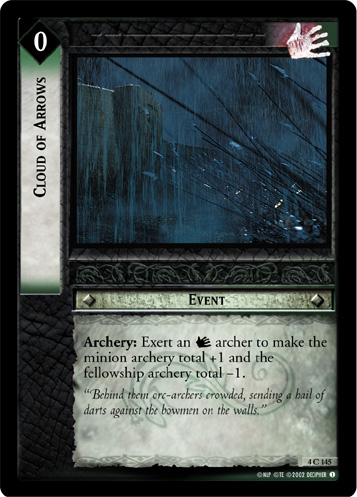 Some versions of the deck also use

Isengard events that exert or exhaust companions, such as One of You Must Do This (3C63) 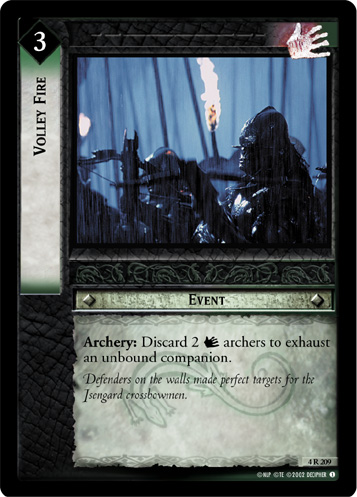 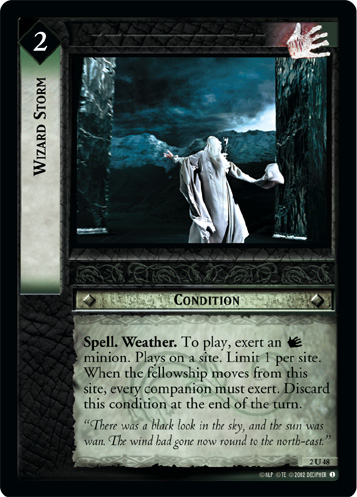 , or cards that negatively affect exhausted companions, such as Caradhras Has Not Forgiven Us (1R123) 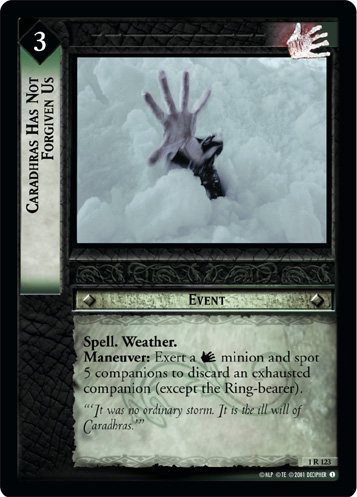 . There are also variants that use some of the core Uruk Machines cards, such as Devilry of Orthanc (5R49) 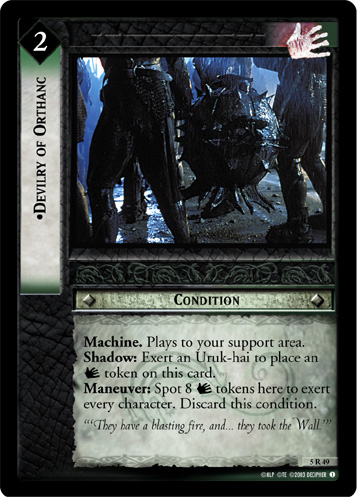 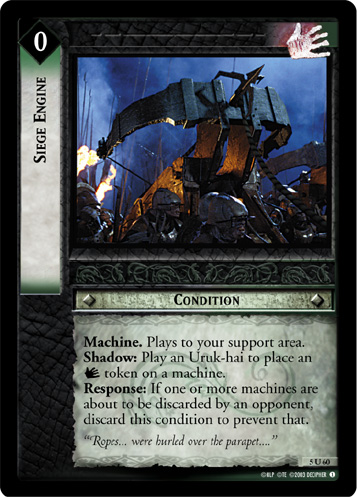 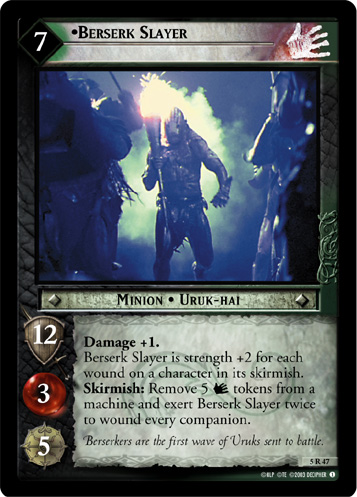 The deck first appears in Tower Block with the addition of the uruk archer minions in The Two Towers, and is most common in Tower Block, Towers Standard, and King Standard play. By Movie Block, it's rarely seen.