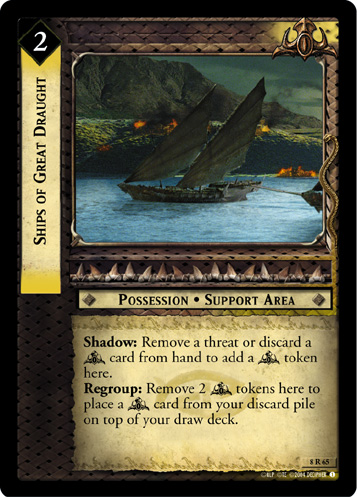 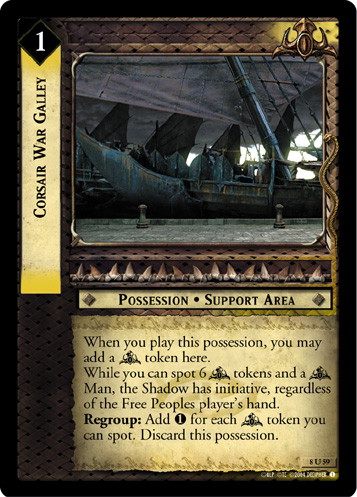 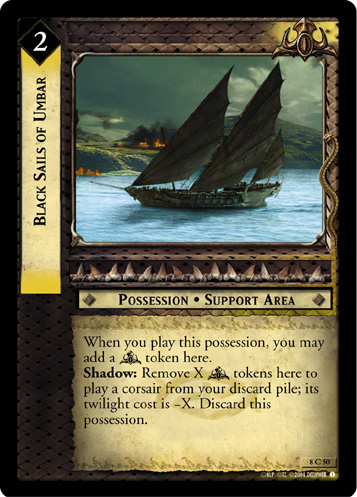 Raider decks—particularly Corsair decks—to easily cycle out unneeded cards and recur useful cards from the discard pile. Every Corsair deck uses all three of these cards, and Ships of Great Draught and/or Corsair War Galley are also useful with other

Raider subcultures like Easterlings and Southrons. Plus, these cards are so strong for cycling and recursion that they're occasionally combined with other cultures for multicultural decks like Moria Navy.

These cards were first introduced in King Block, and are ubiquitous in Movie Block. Because they are support area possessions, relatively few cards can remove these cards. Notable cards in Movie Block to deal with them include Blood Runs Chill (8R3) 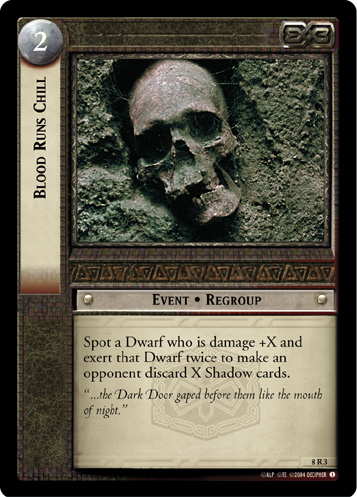 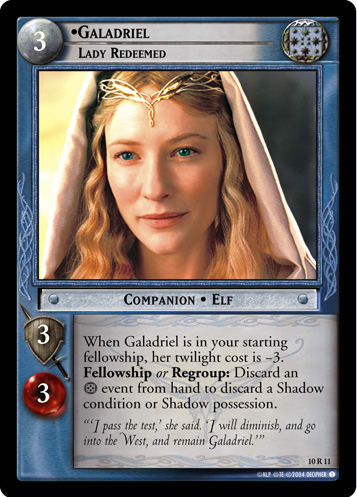 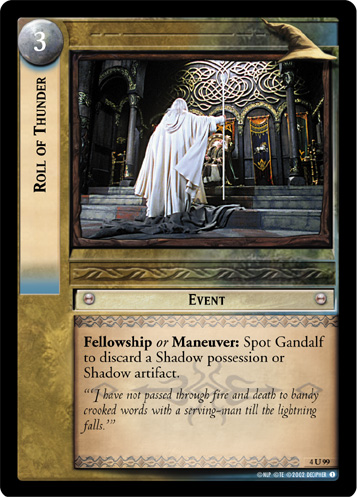 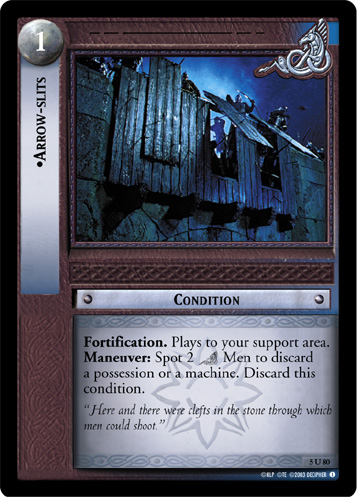 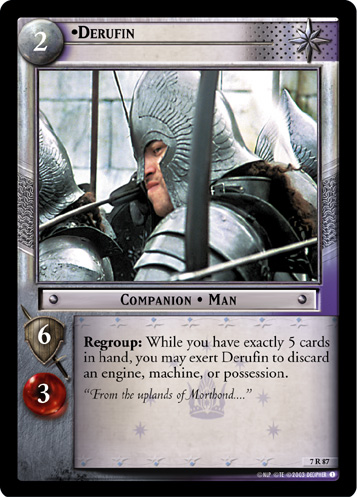 Raider boat cards do not work with later Shadow cards due to a reshuffling of Shadow cultures. They also run into some very strong counters in later formats, such as Throne of Minas Tirith (17R36) 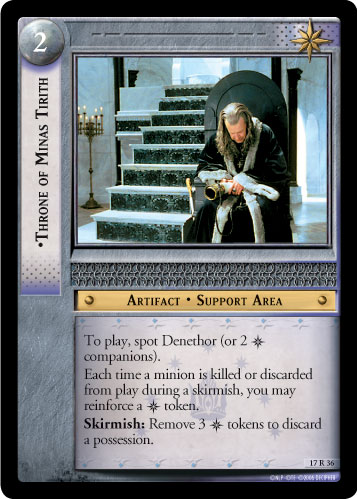 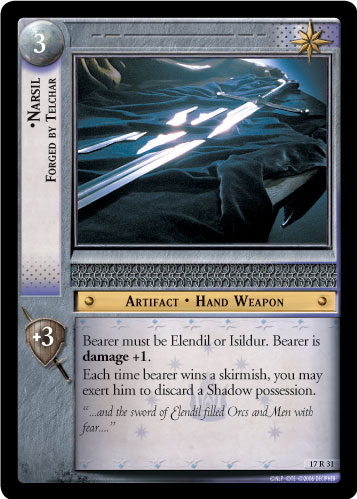 . As such, they're much less popular or common after Movie Block.

Not to be confused with Fishing Boat (13R48) 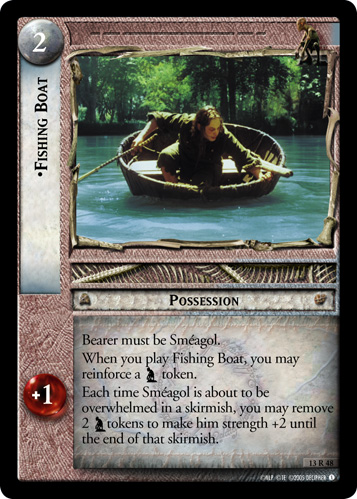 , which is chiefly played in Solo Smeagol.