Stupid Swarm is a very simple Shadow deck that plays all low-cost minions with relatively low site numbers, in the hopes of swarming the Free Peoples player, generally at site 4. This is a Rainbow shadow with minions from many cultures, and generally few other card types. Depending on the format, this can include

Men. Isenorcs in particular are useful because they contribute to the swarm but can also wound characters in the Regroup Phase if they survive.

Sauron minions and Uruk-hai from any faction are rare due to their higher site numbers, although, in Fellowship Block, Hollin (2C119) 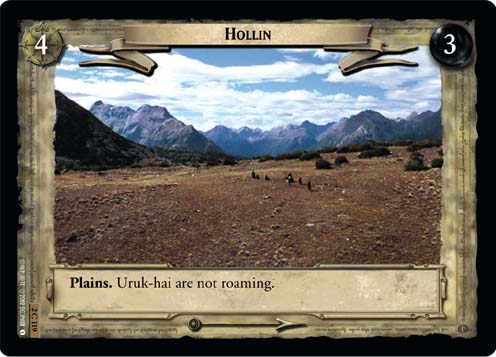 can help with the latter.

It's played in almost every format, and while it's not strong and generally considered gimmicky, it is very straightforward and can occasionally catch opponents unawares. Like most swarm decks, it's generally vulnerable to Archery, Defender +1 companions, skirmish cancellation (especially in formats before Movie Block/King Block), overwhelm protection, large Fellowships, or swarm hate like Power According to His Stature (1R308) 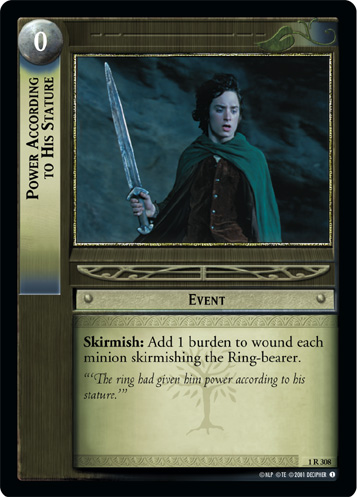 One Fellowship Block variant uses Pass of Caradhras (1U348) 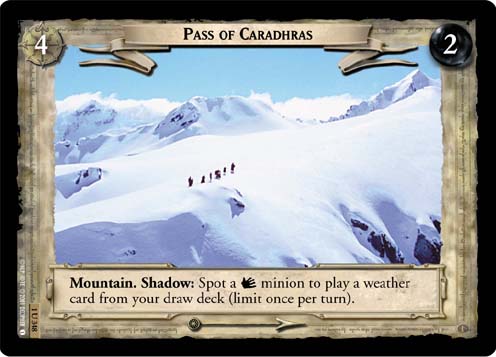 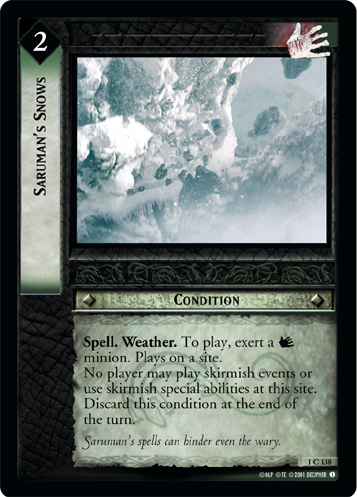 in conjunction with Isengard Warrior (3U61) 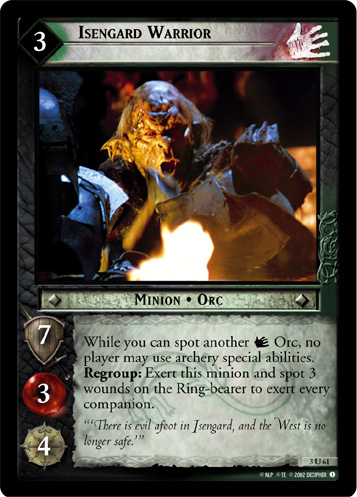 , to prevent the Free Peoples player from using most types of activated abilities to defend against the swarm. This variant typically feigns a clogged hand and plays no minions until the bomb on site 4, aiming to swarm with 7-8 minions and leaving the Free Peoples player unable to use Archery or Skirmish abilities to counter, leaving only Maneuver actions (of which there are few). This is often deadly.