Spotting a card is a requirement that you can only play a card or ability when you can see something already in play and active. This could be a card, like "a companion" or "a

man", or it could be a game element, like a burden or a wound. All you need to do to spot something is note that it exists in play. Spotting works like a cost, but spotting a man doesn't inherently cost anything or do anything to that man.

Generally, spotting is used as cultural enforcement, requiring you to play many cards of the same culture or race to get the full effect of them. It can also be used to reward you for success (for example, a bonus to your Shadow cards for stacking up burdens) or simply make sure that the proper cards are in play so the effect makes sense (eg "spot a companion" because "that companion cannot be assigned to a skirmish until the end of the turn".)

Cards must be active to be spotted. This means they have to be in play: you can't spot cards in a hand, discard pile, dead pile, in a deck, or stacked on another card. (Since events are never in play, they cannot be spotted.) To spot a card, it also has to be under the control of an active player: you can only spot your Free Peoples cards and your opponent's Shadow cards on your Free Peoples turn, and vice versa on your Shadow turn. Tokens—including wounds, burdens, threats, and culture tokens—can be spotted as long as they are stacked on an active card or stacked on the active Free Peoples player's dead pile. Twilight Tokens are always active, and thus can always be spotted as long as they are in play. 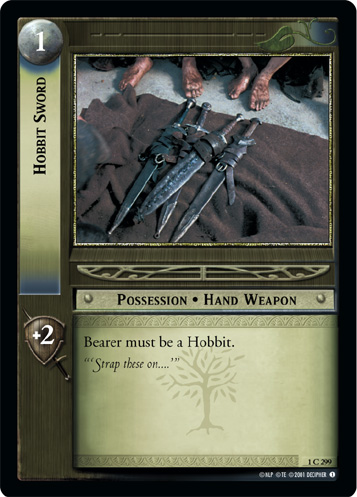 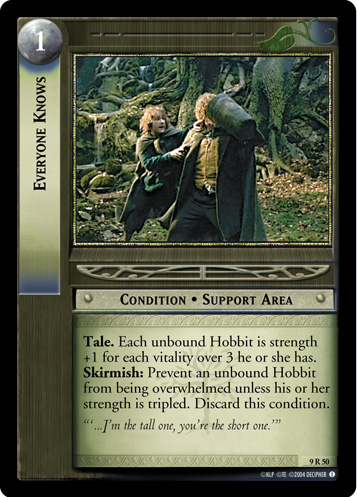 don't actually spot Hobbits to work, but players will often informally refer to them that way. This informal use also often includes things that can't be spotted, usually because the card isn't active. Despair (1R243) 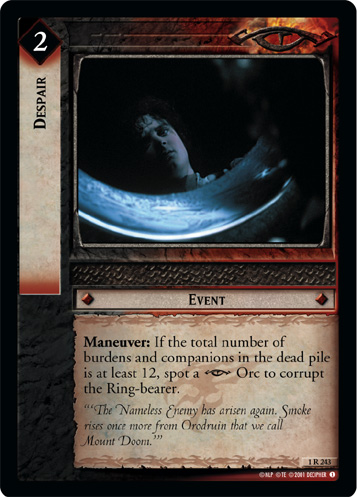 doesn't actually spot cards in the dead pile, since dead characters aren't active and can't be spotted, but players often refer to it that way. This informal usage is definitely confusing, but it's helpful to know that people aren't always referring specifically to the strict game rule.

The word spot sets up a requirement for playing a card or using a special ability in conjunction with a noun such as, "To play, spot an Elf." This is equivalent to, "An Elf must be in play and active for you to play this card."

Normally, you don’t have to spot all the cards in play that meet the requirement if you don't want to.

However, if a card says, "you can spot", that means you don’t have a choice and you have to spot anything and everything that meets the requirement.

"While you can spot The Balrog, skip the archery phase" means you can't make a choice (it either works or it doesn't).

Events are not in play and can never be spotted.