Chump Blocking, sometimes "chumping" or "using a speed-bump", is the act of flinging a weak character that has zero chance of winning into a suicidal skirmish against a much more powerful minion. Using an exhausted Sam, Son of Hamfast (1C311) 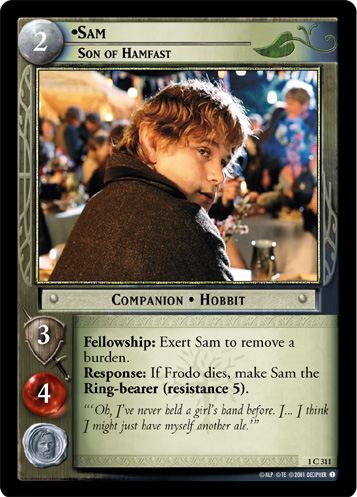 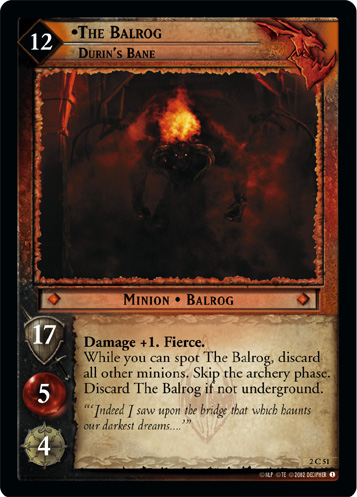 is the classic example of chump-blocking.

Chump blocking might be done intentionally to get that character killed, for instance if your Fellowship is too large and you want to avoid being vulnerable to cards like Úlairë Enquëa, Lieutenant of Morgul (1U231) 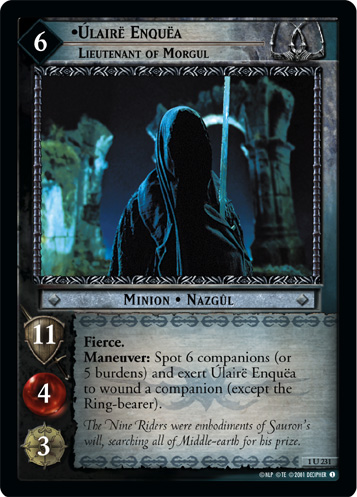 . Occasionally, it might be because that character bears a condition like Desperate Defense of the Ring (1R244) 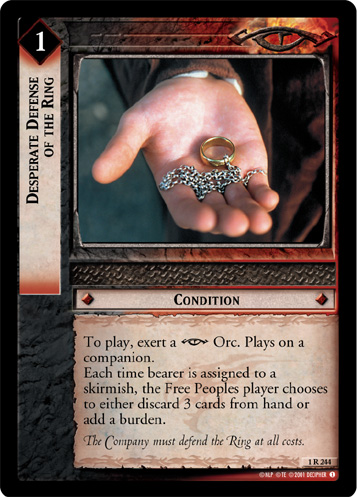 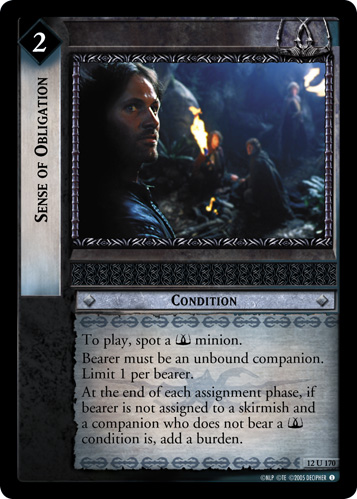 that is a liability to the rest of the Fellowship. Even more rarely, the card might itself have a negative condition, like Aragorn, Strider (11R54) 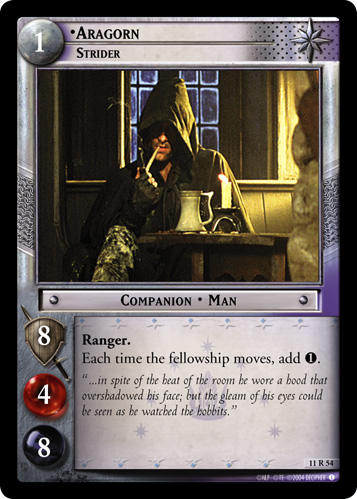 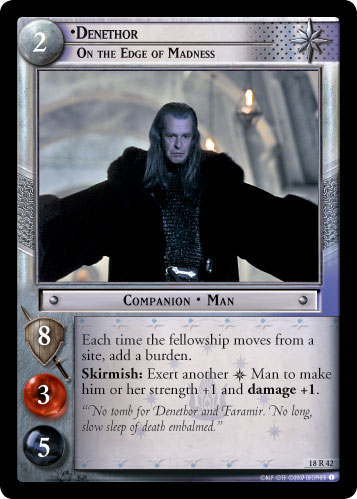 Another reason is because the character is useless or used up, and either can't be healed any more or is no longer an attractive target for healing. Oftentimes this includes characters who exert to produce some effect or produce their main effect when they come into play, like Legolas, Greenleaf (1R50) 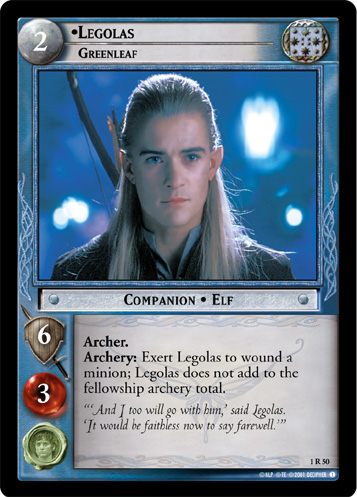 or Pippin, Hobbit of Some Intelligence (1R307) 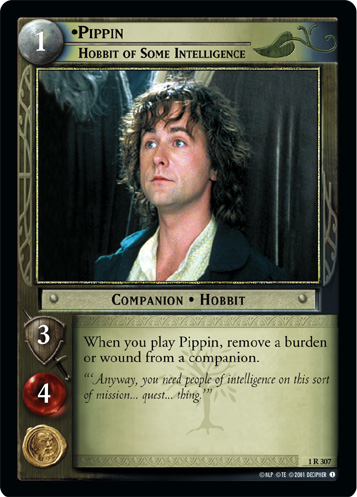 , characters who are only in the deck to for a situational benefit, like Radagast, The Brown (9R+26) 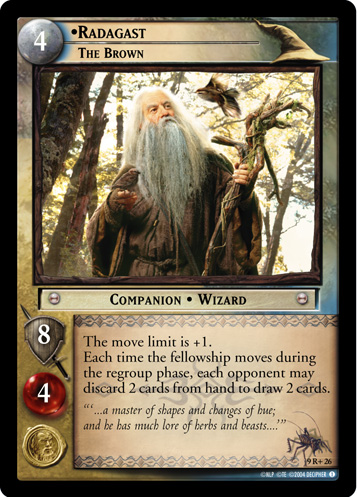 , or relatively weak characters, like most Hobbits. In the case of Sam, Son of Hamfast (1C311)

Another common case is that you just don't have any other plan to deal with some horrific minion. If you're careless and Sauron, The Lord of the Rings (9R+48) 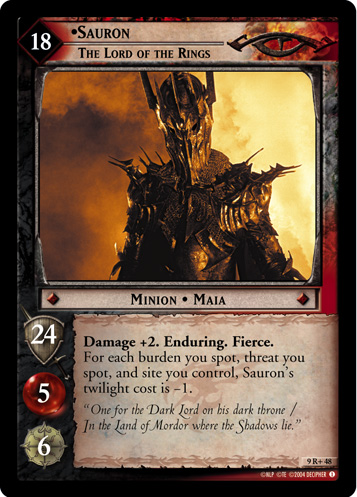 comes down, you may not have a better option than feeding two of your weakest companions to him. The characters you throw in front of Sauron to die might be quite important and valuable, but none of them are more valuable than the ring-bearer!

Generally, people only call it chump blocking when the chump in question is a Free Peoples character, because while weak companions usually have the option to avoid skirmishing, weak minions do not. Playing many minions as the Shadow player to tie up all of the strongest members of the Fellowship is called swarming.

The term originates from the Magic: the Gathering community. In MTG terms minions are always analogous to attackers and only companions are analogous to blockers.