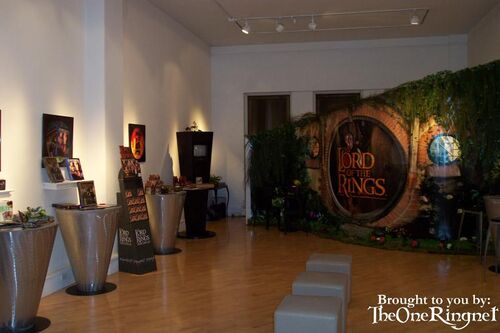 The booth at the 2002 Toy Fair that the calendar was created to be used at.

In 2002, Decipher designed and produced a limited-run 2002 calendar, which was given out to internal groups such as industry contacts and vendors. This calendar was never produced as a commercial product and exists only in a very few extant copies. It is packaged within a standard clear plastic CD case, and the individual months are on loose pages.

Interestingly, there exists copies of faxes used by Decipher when gaining product approval to New Line, so rejected and altered images for the different months exist. In addition, some of the images showcased on the calendar itself show early versions of cards and products that were reworked before release.

The calendar was submitted and presumably produced in late January - early February 2002, so the months used are February 2002 - January 2003. Images are shown below (click through to download the high-resolution version). 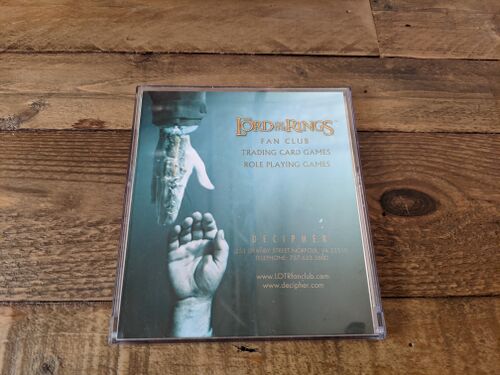 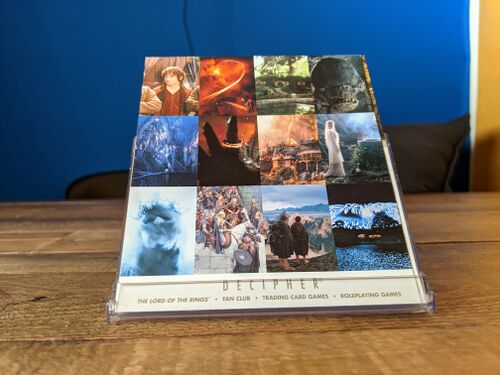 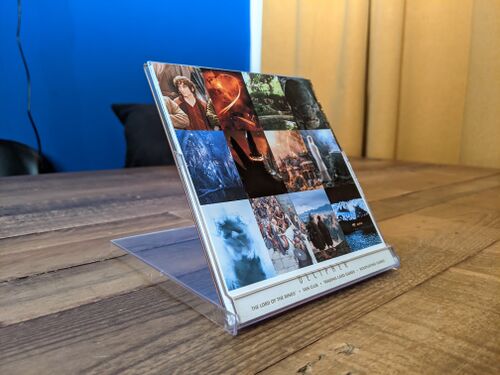 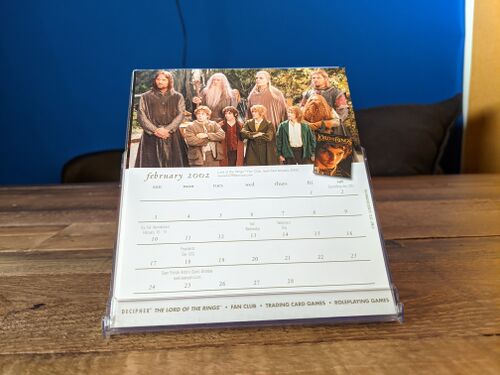 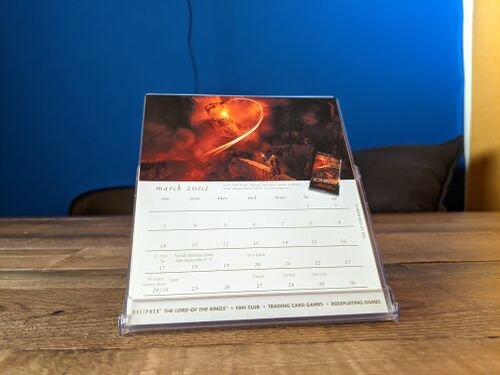 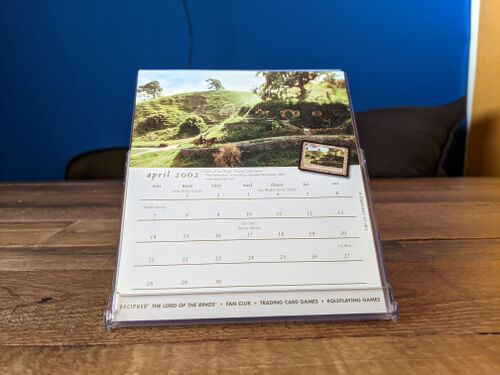 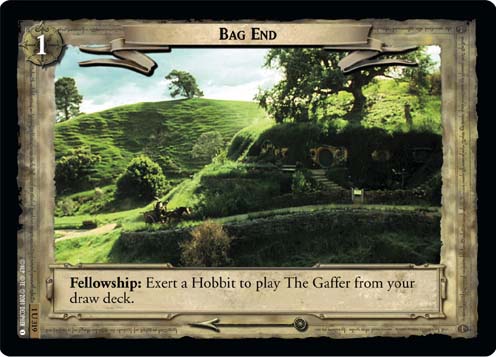 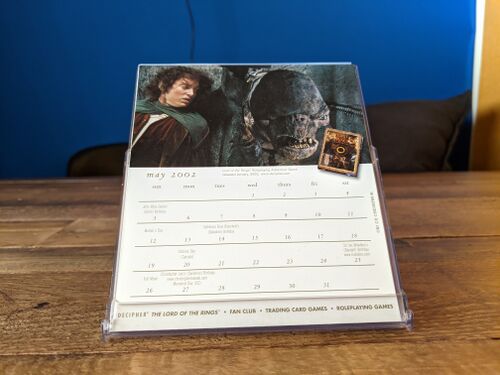 May, featuring the LotR RPG, also by Decipher. 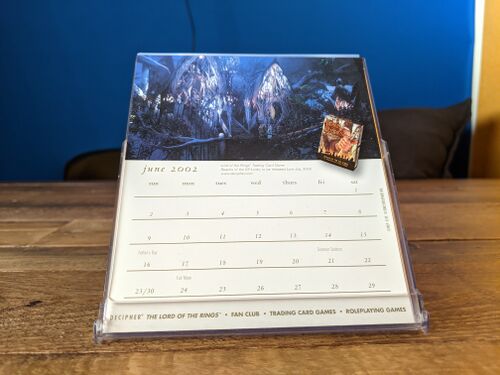 June, featuring a then-unreleased Realms of the Elf-lords starter deck, using an early version of the box art that was never released (besides being the wrong size). 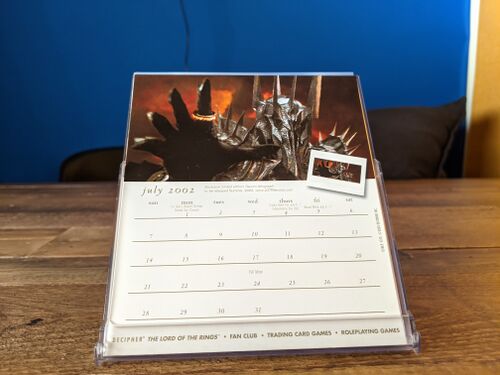 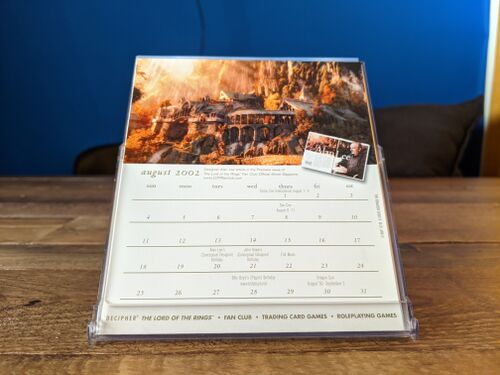 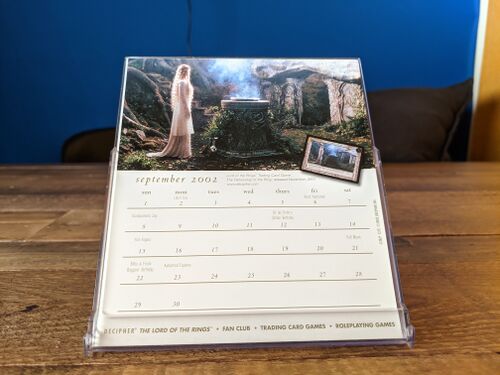 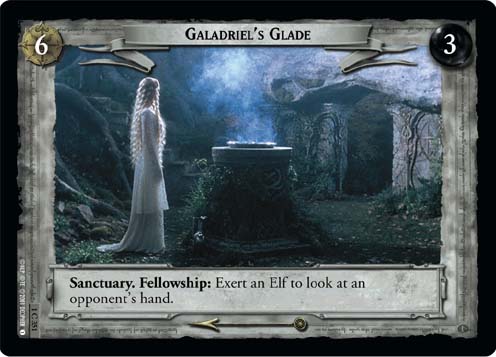 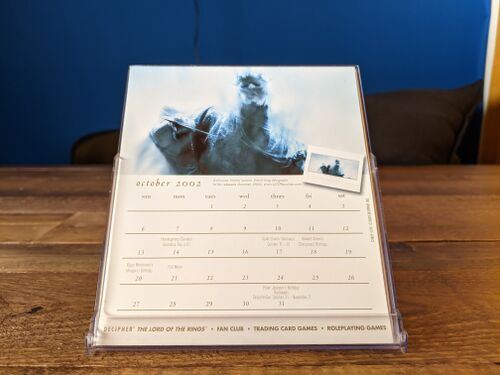 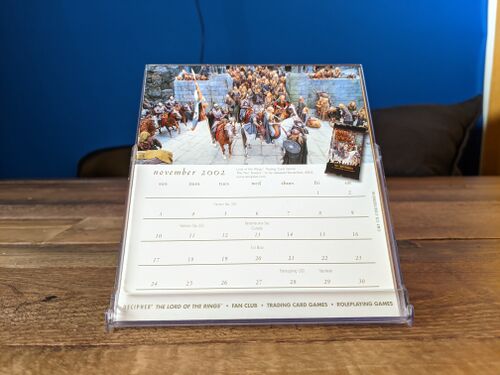 November, featuring a then-unreleased The Two Towers booster pack. This appears to be using placeholder concept art or some other unused art. 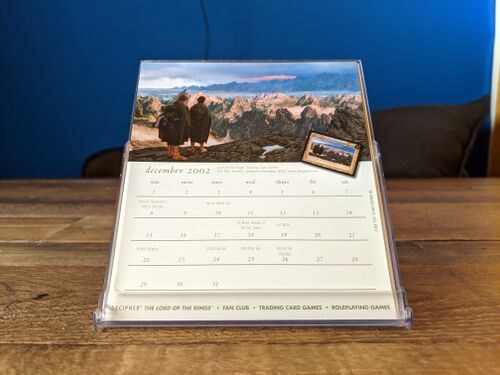 December, featuring an early version of Wastes of Emyn Muil (3U120) 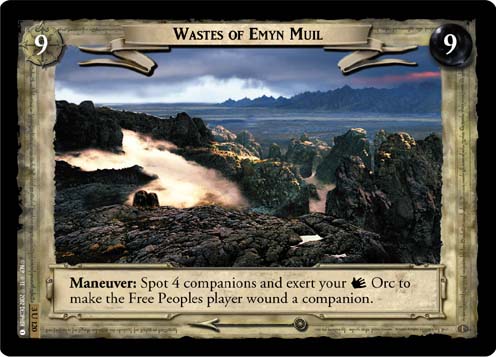 which reads: "Fellowship or Shadow: Discard your condition to draw a card." Fancy a Fellowship action on a site 9...? 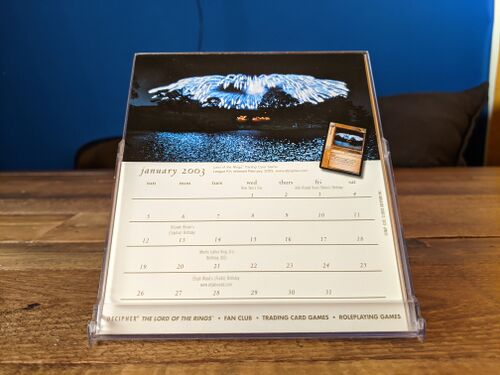 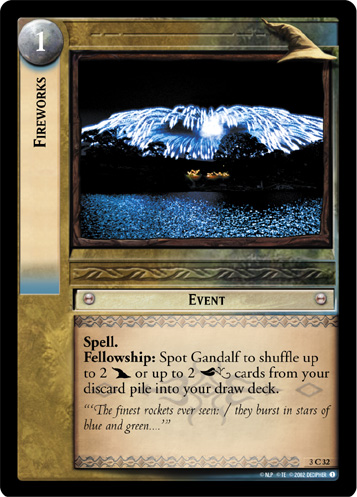 , which appears to be unchanged compared to its eventual release. 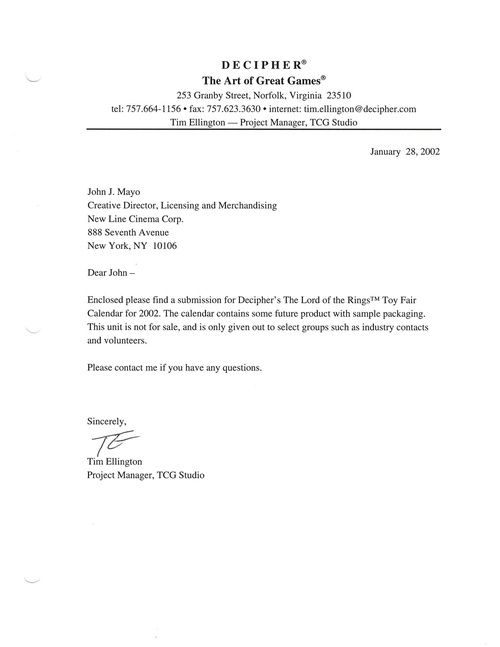 The original submission fax for licensing approval by Decipher.