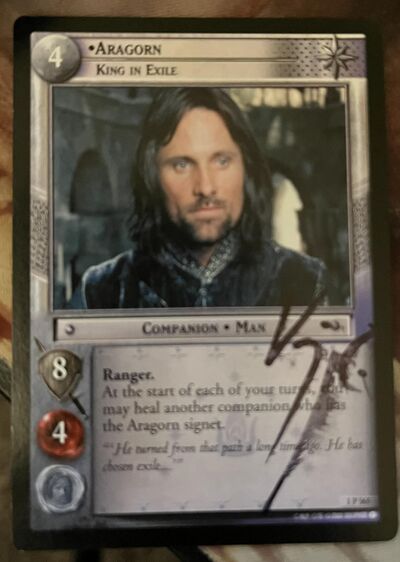 An example of the smudged end result deemed unacceptable to distribute as a final product, as kept by a former Decipher employee.

Starting in January 2002, after the release of The Fellowship of the Ring, Decipher attempted to organize a limited-edition product (to the tune of approximately 10 copies or so) which would be officially-recognized signed copies of cards, witnessed by Decipher employees and accompanied by an official certificate of authenticity. Presumably this would have been a regularly issued product (similar to the Tengwar cards), which would have been facilitated by Decipher's ongoing relationship with New Line and the actors, particularly through their regular interactions via the Fan Club Official Movie Magazine.

Sadly, it was not to be. Although signings occurred at different times over months (the documents below show signings on January 08, January 16, and May 06), the ink of the signatures apparently all got smudged, which led to the first batch getting canned. The project was never revisited for unknown reasons. Some of the certificates have survived, however, with signed proof of witness by Kendrick Summers. These are posted below courtesy of Martin Fellmann: 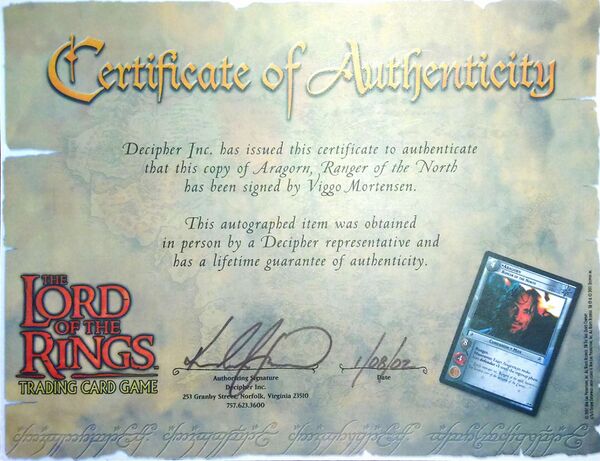 Certificate for a signed copy of Aragorn, Ranger of the North (1R89) 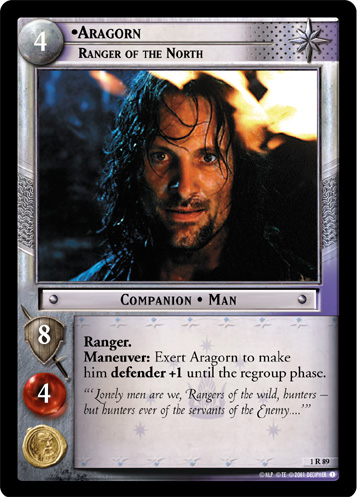 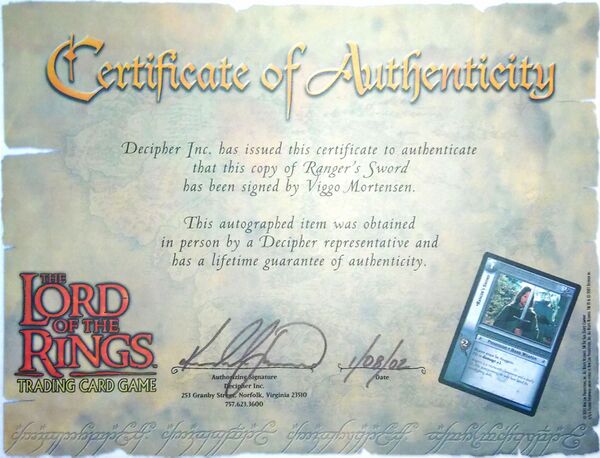 Certificate for a signed copy of Ranger’s Sword (1U112) 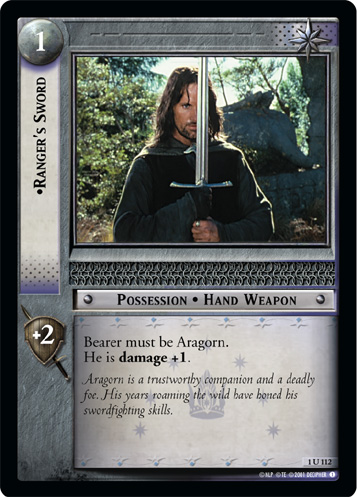 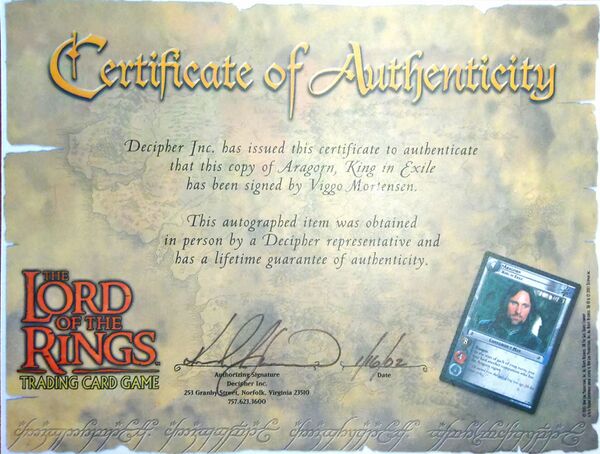 Certificate for a signed copy of Aragorn, King in Exile (1P365) 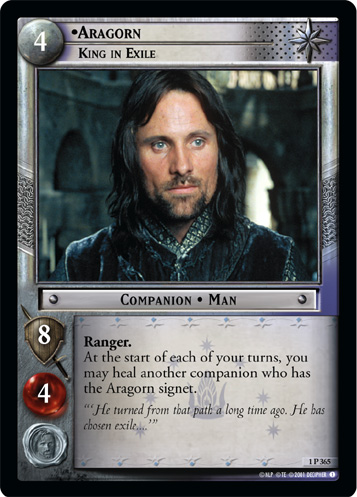 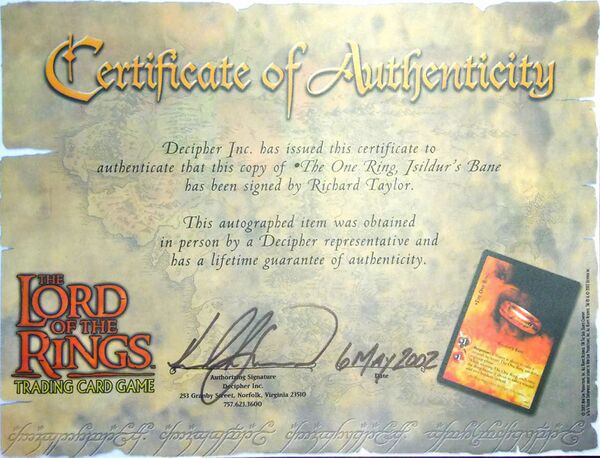 Certificate for a signed copy of The One Ring, Isildur's Bane (1R1) 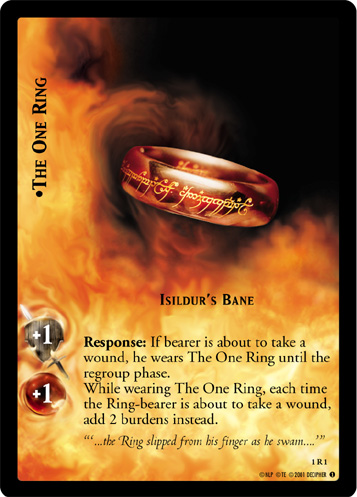