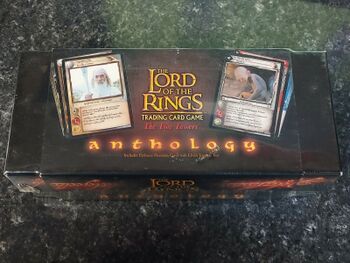 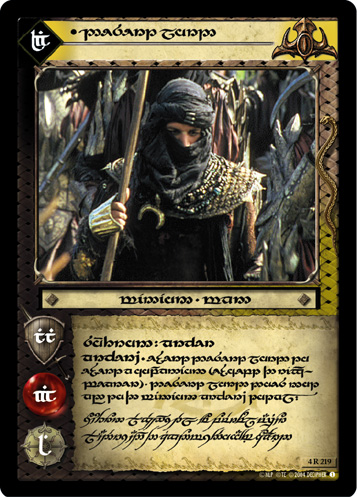 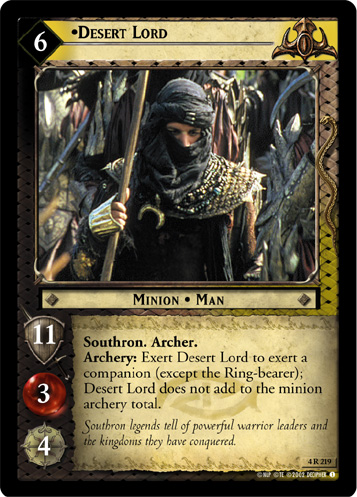 Decipher is pleased to announce the second in a series of anthologies based on The Lord of the Rings™ TCG. Similar to the popular The Fellowship of the Ring Anthology, The Two Towers Anthology will include 18 Tower block cards reprinted in the Elvish Tengwar alphabet.

These 18 cards, hand-lettered by noted New Zealand artist Daniel Reeve, are sure to be a collector's delight. Reeve, the official calligrapher and cartographer of The Lord of the Rings movies, has beautifully rendered the same Tengwar symbols used in the films and seen on such works as the inscription on The One Ring and the pages of The Book of Mazarbul.

In addition to the 18 Tengwar cards, the Tower Anthology will contain one The Two Towers 63-card starter deck (randomly chosen from Aragorn and Théoden), six 11-card Towers Block Booster Packs (two each of The Two Towers, Battle of Helm's Deep , and Ents of Fangorn), one 29-card Towers Draft Pack, and a booklet with a comprehensive card list of the three sets and English text for the Tengwar cards. All will be contained in a sturdy collector's card box with a capacity of over 600 cards.

- Announcing The Lord of the Rings TCG The Two Towers Anthology 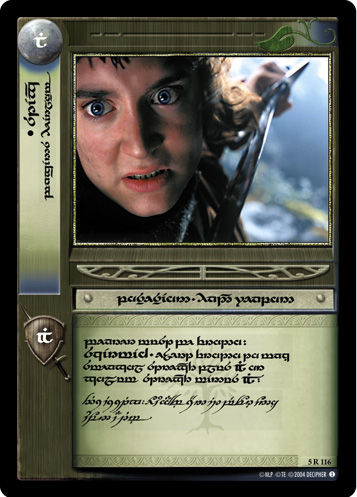 The corrected image of the Tengwar Sting, Baggins Heirloom (5R116) 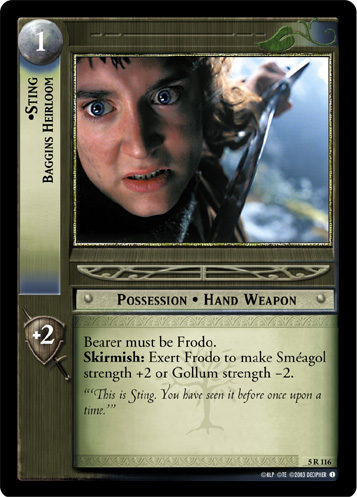 , which was not in the Anthology.

is the only Towers Block Tengwar card not included the The Two Towers Anthology, as it was awarded as DGMA prize support. This has historically caused confusion because all printed copies had incorrect collector's information (showing an incorrect 4R100).

During the months of February and March 2004, a Tengwar version of Sting, Baggins Heirloom, replaced the standard prize support for all Lord of the Rings TCG sanctioned tournaments. Some sharp-eyed prize recipients have noticed that the collector's info on their copy reads "4 R 100" – which does not match the original English version, which came from Battle of Helm's Deep and read "5 R 116". Compounding the confusion, the images of the card posted on DGMA.com and decipher.com showed the correct info, "5 R 116," leading players to believe that there is a printed Tengrwar Sting card available with the correct information. We'd like to clear up the confusion. All copies of the Tengwar version of Sting, Baggins Heirloom, were printed with incorrect collector's info (4 R 100). There is no printed version with the correct collector's info of 5 R 116 (and no plans to reprint the card).