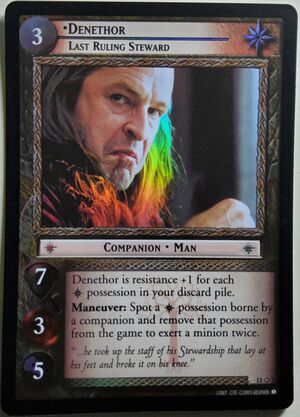 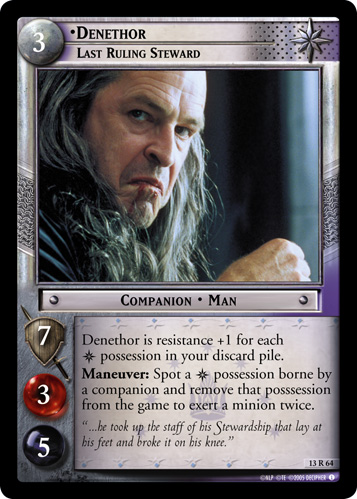 Following the introduction of Legends Foil cards in Shadows, Black Rider followed up with a new rank of ultra-rare foil cards dubbed the Legends Masterworks series (usually shorted to just Masterwork). Such cards used tweaked versions of the alternate templates first used in the Countdown to the King collection, with tweaks ranging from minor (expanding the size of gold accents on background elements) to major (using dark text on a pale background rather than the white on dark used in the Countdown). Masterworks were also foiled and were issued a new Collector's Info, with the rarity being a Ring symbol (usually represented with O in text) and issued a new number 1-9.

Masterworks were inserted into booster packs at a rate of approximately 1 in every 35 packs[1]; when combined with the 1 in 9 odds of Legends insertion, each pack retained a 1 in 7 chance of having either an RF or a Masterwork enclosed. Like RF cards, Masterworks always replaced the regular rare.

Ultimately, not every culture was represented as a Masterwork; indeed, if a culture wasn't part of the original Countdown Collection then it never received a later Masterwork template. As a result Masterworks are ultimately biased towards Free Peoples cultures.

Sauron, though these cultures were already set aside post-Shadows).

Dwarven already had a template ready as seen by Gimli, Skilled Defender (0P46) 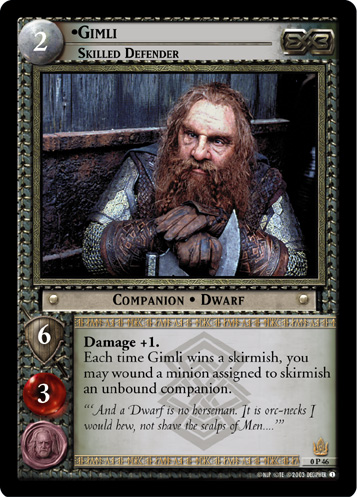 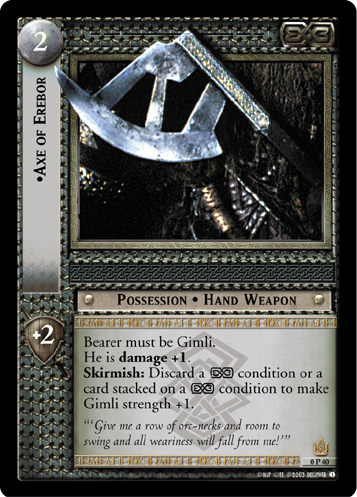 , but for unknown reasons never made the leap to Masterwork.

The following is a gallery showcasing each culture's alternate template.