War of the Ring Block

War of the Ring Block (also called War Block) is the last of the "block" formats to see official play and consists of Shadows, Black Rider, and Bloodlines. It is the beginning of the new era for Decipher, with Shadows bringing the most drastic changes to the game since The Two Towers -- not just a new site path but a whole new site system, and retiring most Shadow cultures in favor of new ones (

Uruk-hai) which grouped minions by race rather than faction. Like every new block before, these changes alienated a portion of the player base and led them to either quit the game or simply continue to play the previous format (Movie Block, in this case) instead.

Decklists for can be found at this subforum of The Last Homely House.

There are two restricted cards in War of the Ring Block: Orkish Smith (11C132) 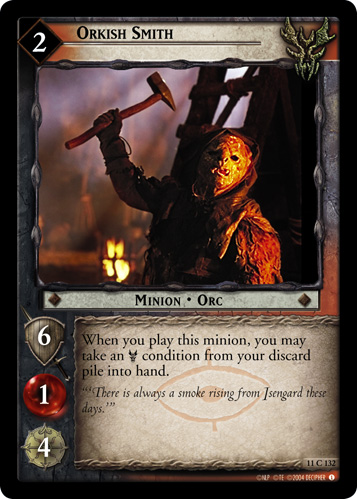 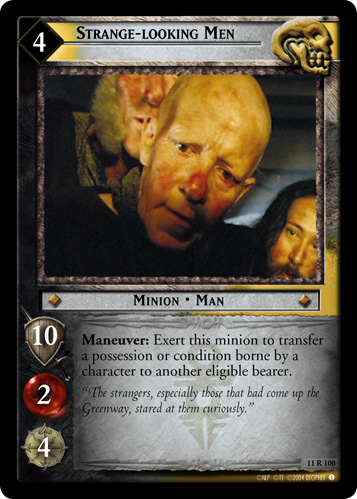 . Only one copy of each of these cards can be played in a deck. As with all other entries to the Open R-list, these were only added after War of the Ring Block was no longer the most recent block.