(Redirected from Shadow of the Past)
Set Info
Index
Thumbs 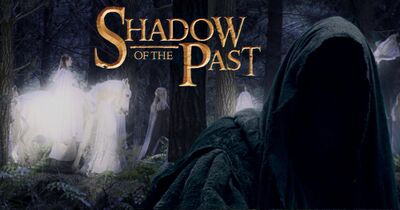 The announcement header used by the PC.

Shadow of the Past is the first Virtual Set (VSet) released by the Player's Council. Design was headed by Finarfin and development by Ketura.

As the PC's first foray into original card creation, the designers were keen to avoid certain pitfalls that earlier fan projects had fallen into, most notably that of creating a set so large that it collapsed under its own weight. Thus the group decided to make V1 a supplement to an existing format, rather than a standalone format as so many other projects had done. As a first step, it was only sensible to attach V1 to Fellowship Block.

SOTP had largely two design goals: first, to try and service certain underdeveloped strategies that existed but could not flourish with the FOTR card base, and second to mix the meta up by adding brand new concepts.